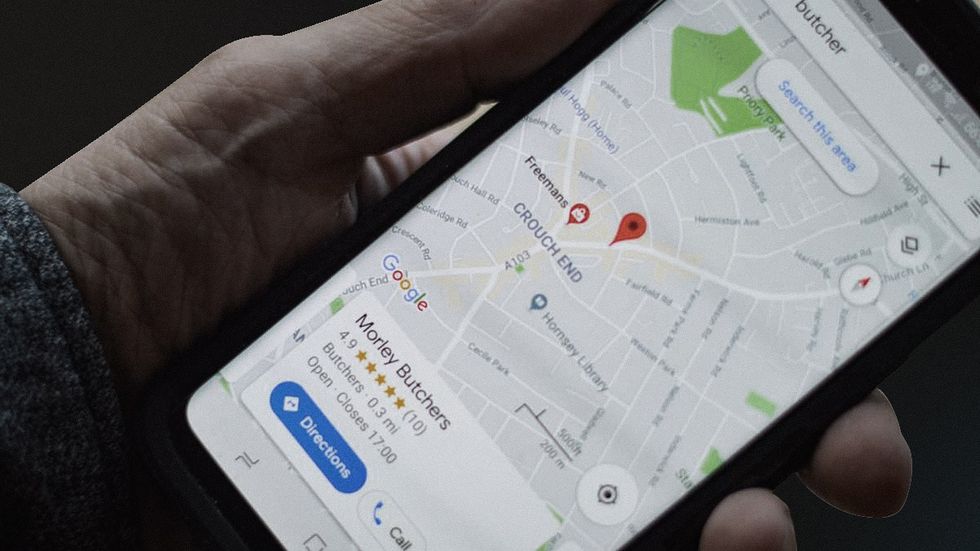 If you’re looking to build an app, chances are, it will be using a digital map. The good news is you don’t have to create one from scratch since the market is brimming with ready-made solutions. But what maps API to choose for an app? That’s where Acropolium’s expertise comes into play.

Our 15 years of experience building end-to-end software solutions made it clear that in most cases, you won’t go wrong with Google Maps and Mapbox APIs, which are, in our opinion, the best map APIs for your app. But when exactly do you need each of them? And what about other options?

Find all the answers here regarding Mapbox vs Google Maps commercial usage, what to choose and when, alternatives.

Which map API is the best: Mapbox vs. Google Maps API?

Google Maps and Mapbox are probably the first two map APIs to cross your mind. And it isn’t surprising since both providers offer decent functionality, including:

Still, despite many similarities, Google Maps and Mapbox are different services with their unique pros and cons. Let’s look at them in more detail.

Used by 67% of smartphone owners, Google Maps is the most popular navigation app and map API for commercial use.

What apps use Google Maps API?

Besides, with Bolt, Uber, and Tripadvisor among the most famous apps that use Google Maps API, the giant has been the only viable option in the digital mapping domain for a pretty long time.

Still, this location service provider is no silver bullet despite the reputation and popularity. So, let’s explore the advantages of Google Maps integration as well as the API’s limitations.

Thanks to the Street View vehicles, regular corrections from users, and tons of satellite data, Google maps has no equals in terms of coverage. If your application requires the utmost accuracy of location data, you can’t go wrong with Google Maps.

An extensive variety of languages

With its global reach, the Google Maps services are available in a wide array of languages. You can select between 80 language options, including Afrikaans, Khmer, and Amharic. This means that most of your app users will be able to use the map feature in their native languages - excellent news for a business owner looking to build an app with extended geography.

Thanks to its JSON-like syntax, you can add markers, create geoclusters, include information windows, customize colors, change the style, and modify the opacity of map elements with ease. Besides, the company has rolled out new custom styles as a beta. This makes Google Maps API a decent option if you want to boost your brand recognition.

Street View doesn’t belong to the must-have features of location-aware applications. But if you have a restaurant or a store, for example, you can allow your potential customers to visit your place virtually, which may set you apart from the competition right off the bat.

As we mentioned above, Google Maps is the most preferred navigation service. Besides, statistics suggest that 25% of smartphone owners use this navigation app because they believe it offers better directions. This means that integrating Google Maps into your application will create a sense of trust, and the app will have more chances of gaining initial traction successfully.

With the broadest set of features on today’s market, Google Maps is, in most cases, a universal option, especially when:

Of course, these cases are just a few examples when you can find Google Maps API useful. But if none of them resonates with your app, perhaps you should give a try to Mapbox - Google Maps API alternative.

Read also: How to speed up your mobile app time to market. 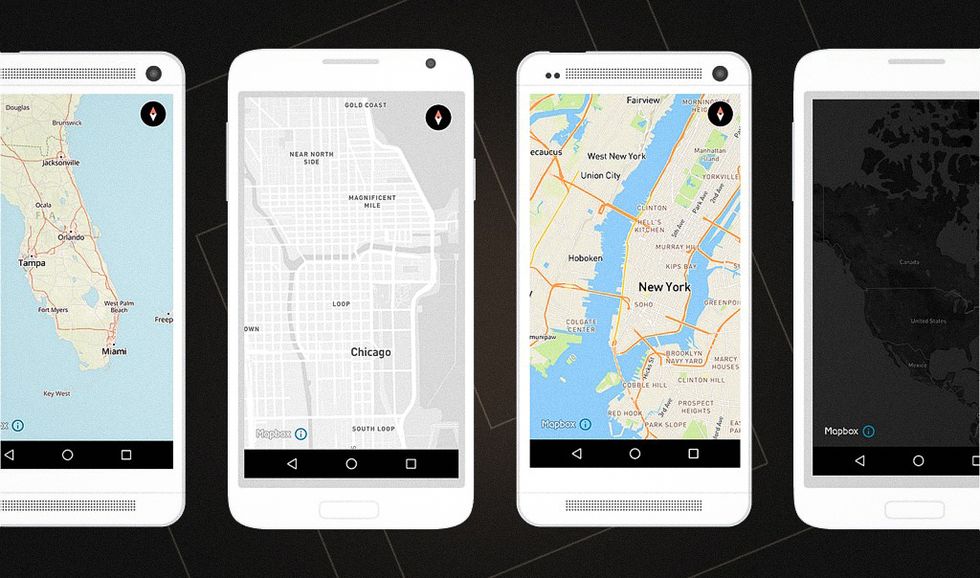 Mapbox is one of the main Google Maps alternatives. The service is known for its dynamic, interactive, and customizable maps for apps. Though it was launched just eight years ago, today the US-based location data service provider takes pride in 420 million users and handles five billion requests per day.

What apps use Mapbox API?

Shopify, Facebook, and Airbnb are only some of the well-known apps that use Mapbox.

But no SDK is all about advantages. Let’s explore the pros and cons of Mapbox integration.

Whether you’re building an app for fleet management, traveling, or just day-to-day navigation needs, it’s important to fill the map with all the necessary locations. That’s where markers come in handy.

But as the number of markers grows, they might overlap with each other, making the map look cluttered. Even worse: critical information might get buried under tons of markers. Mapbox addresses this issue with Supercluster - a geoclustering feature that enables hierarchical clustering and spatial indexing. 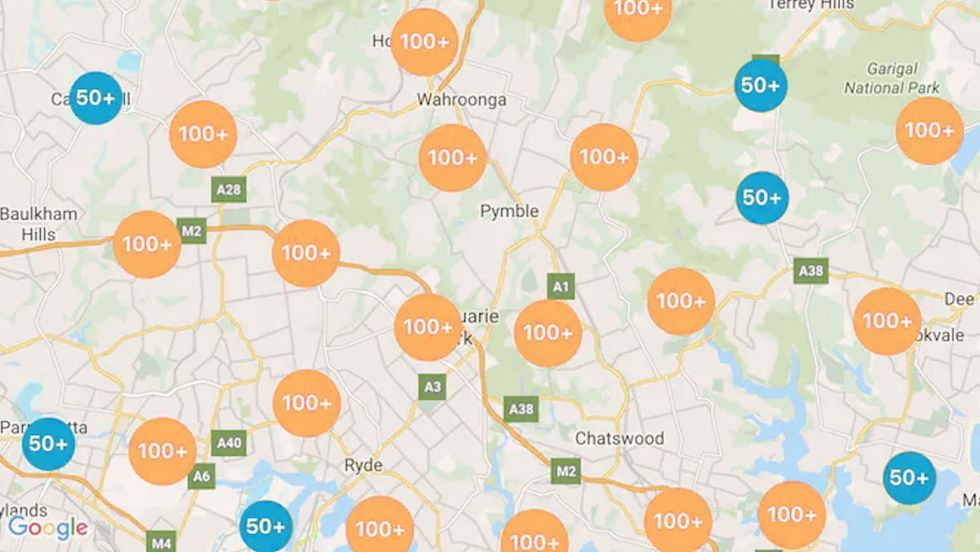 Sure, Google Maps API offers some solutions, too. But they have much fewer styling options than Mapbox API does.

Mapbox Studio, a platform for creating custom map styles, is like a box of Lego bricks for developers. You can add or hide objects, accommodate layers to your needs, change fonts, colors, or even customize a map UI based on your brand style — all in a few clicks. Though Google Maps provides some level of adaptability, too, it is a bit trickier since the platform forces the use of the ground layer.

If your app handles large arrays of data per second, look no further than Mapbox, which relies on vector tiles (a way to deliver geographic data in small chunks to a browser or other client app) and 3D rendering technology. This allows you to enjoy the benefits of both dynamic and static apps: you’ll have dynamic and interactive maps, which load and render faster or otherwise show better performance. Isn’t this precisely what every digital map user expects?

Mapbox API can operate offline without limitations, which might come in handy for hiking solutions, for instance. This means that when there’s no connectivity, you can download maps for the selected areas. You can even reduce the download size, making Mapbox the go-to option for devices with limited storage. Plus, Mapbox caches tiles when used online.

One of the key reasons why Mapbox is more cost-effective than other solutions is that it’s, in fact, a compilation of open-source SDKs. It shares its code on GitHub and supports a community of talented volunteer mappers. Since anyone can see, analyze, and improve Mapbox, the API is regularly updated and enhanced with the freshest location data. Besides, their documentation is open-source, too.

Though Mapbox is very similar to Google Maps, it offers features the latter does not and vice versa. All in all, you might find Mapbox API to be your option in the cases when:

Despite their differences, Mapbox and Google Maps APIs have many things in common. One of them is the fact that both are among many apps that use OpenStreetMap (OSM) data for their maps. Speaking of which, OSM has its own API, making it worth mentioning here. So, what is OSM exactly, and why should you consider Mapbox as a map API for your app?

Read also: How to choose a SaaS tech stack. 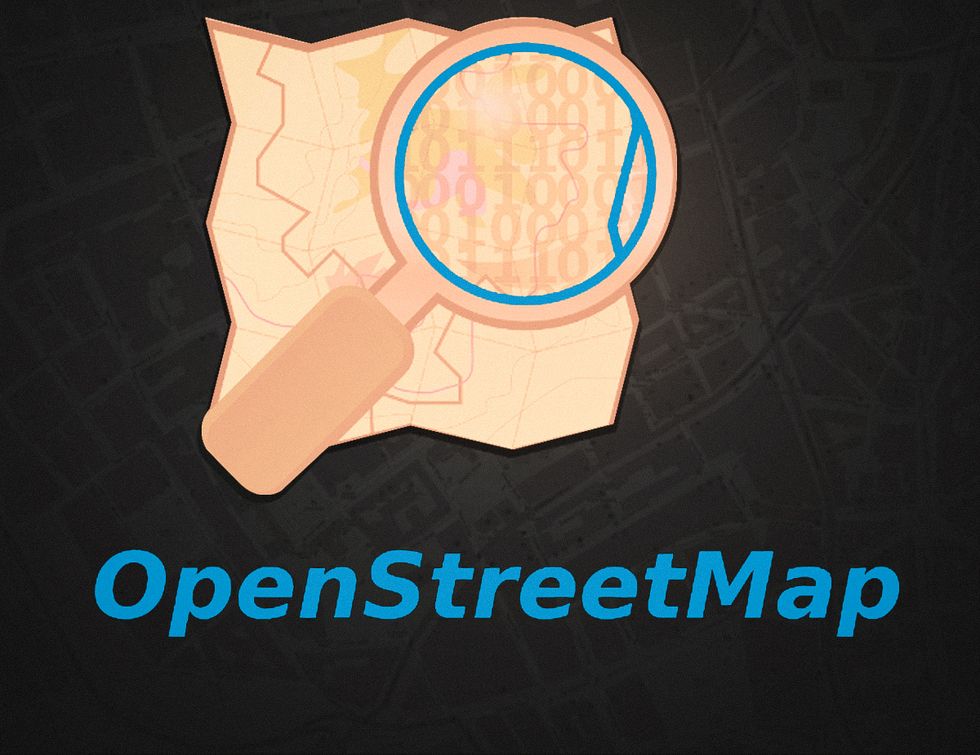 OpenStreetMap is a non-commercial, community-powered mapping project launched in the UK in 2004. OSM rests upon the Wiki principle: volunteers from around the globe contribute to the project by adding essential information to the map, such as points of interest, streets, or even entire cities. The end goal is to create the most accurate map in the world.

The key advantage of OSM API is that it is open-source and absolutely free. Besides, since the project is not commercial, the map will surprise you with detailed information on less popular places, making it a decent solution for businesses that operate in those areas.

Meanwhile, there are certain downsides to it. The biggest one is that the map has limited functionality, even the basic one, making you extremely dependable on third-party APIs. Additionally, you might be blocked with excessive queries.

No matter how many advantages a solution offers, the price can be a deal-breaker if it’s too high. Since OpenStreetMap API is free-to-use (or more precisely, you will have to calculate the total cost for all third-party integrations based on your project needs), we’ll focus on the Mapbox and Google Maps prices. Both companies have tricky pricing strategies, making an easy, straightforward comparison impossible.

As you can see, startups with a limited client base can go pretty well with Google Maps API pricing since the number of their monthly requests won’t exceed the limit.

At the same time, the Mapbox enterprise pricing plans with their large free limits, budget-friendly rates, and more generous discounts can be a wise decision for big projects and all those who are planning to scale.

Other Map APIs to consider 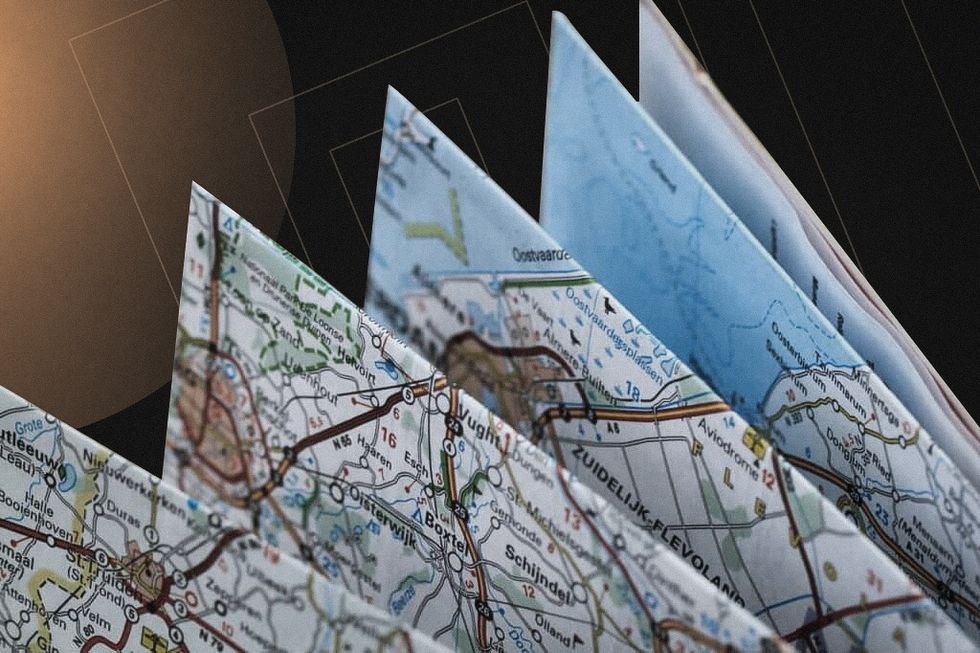 Though the digital mapping industry is brimming with solutions of various types and purposes, most companies focus on the three options we’ve discussed. Still, there are other maps worth considering in particular cases. These include (but not limited to):

Since the listed services either do not have all the features necessary for most on-demand apps or have restricted geography, they are less widely used and can’t be considered full-fledged Google Maps and Mapbox competitors. Still, every business case is individual, and sometimes these can be better (and more cost-effective) alternatives.

Factors to Consider When Choosing a Map API 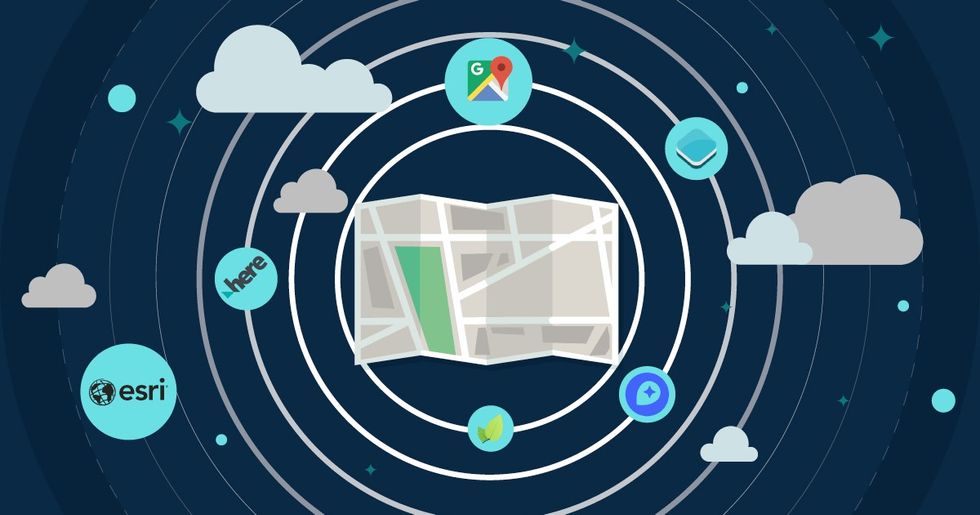 Now that you (hopefully) have a clearer picture of each of the three services (Google Maps, Mapbox, and OpenStreetMap) and are aware of the alternatives, you can make a choice to accommodate your particular case.

The criteria below will help you define what you need exactly:

Certainly, these factors only scratch the surface and do not cover all the aspects of choosing a map API for integration. But they will give you a better idea of what you need.

At Acropolium, we’re ready to have your back anytime you need help. We’ve been providing end-to-end logistics and supply chain development services since 2003. And because so many apps we’ve delivered offer the navigation functionality like real-time vehicle tracking, route optimization solutions, and transportation management software, we know precisely what seamless map API integration looks like.

Depending on the expertise you need, we’re happy to offer our services. We can conduct system audits and define a solution that suits you best. Alternatively (or additionally), we can provide the necessary experts to complement your in-house resource and help you implement the map API integration. All you have to do to start the conversation is contact us. 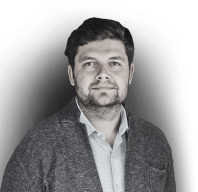 Years ago, being a web developer passionate about the latest technologies, I set up a company for developing non-standard web solutions. Over the last two decades in the IT industry, I have overseen its unstoppable growth and learned some personal insights, which I am happy to share with you.

Years ago, being a web developer passionate about the latest technologies, I set up a company for developing non-standard web solutions. Over the last two decades in the IT industry, I have overseen its unstoppable growth and learned some personal insights, which I am happy to share with you.

Let's start a new project together!

Leave us your details and explore the full potential of our future collaboration. 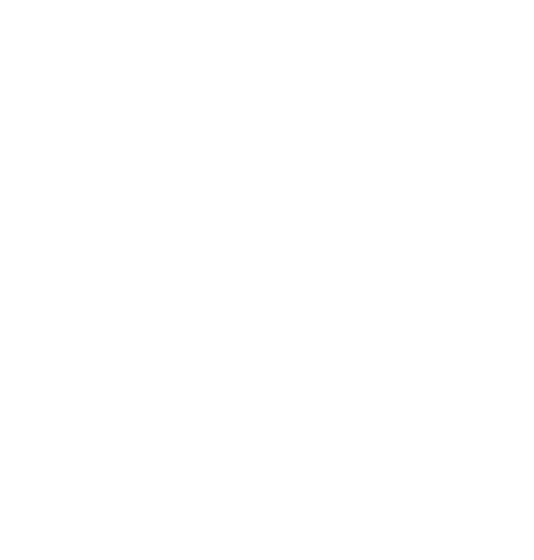 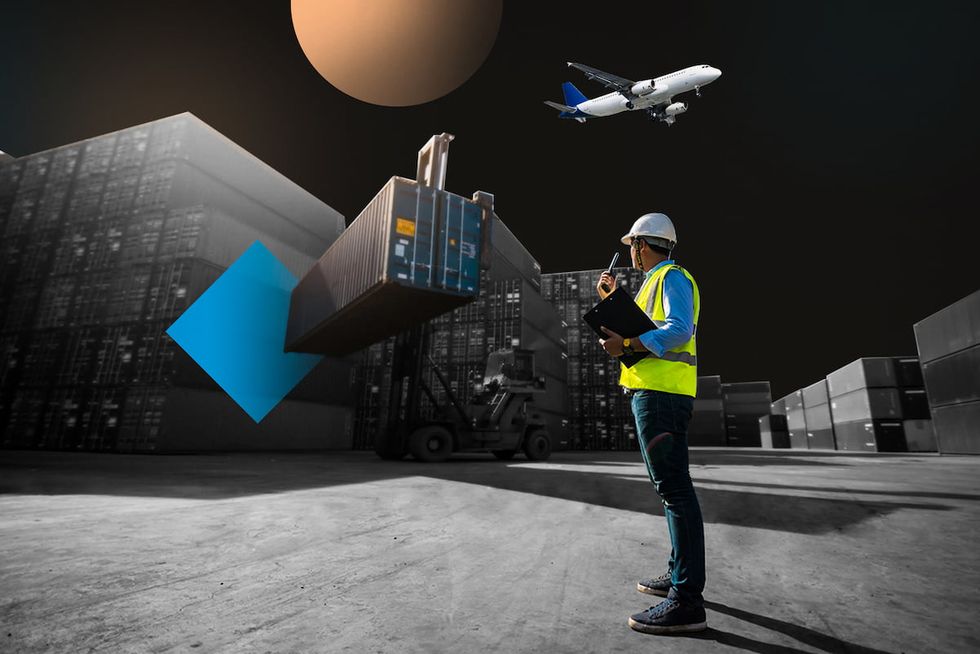 EDI in Logistics: How to Develop EDI Software to Make an E-Switch? 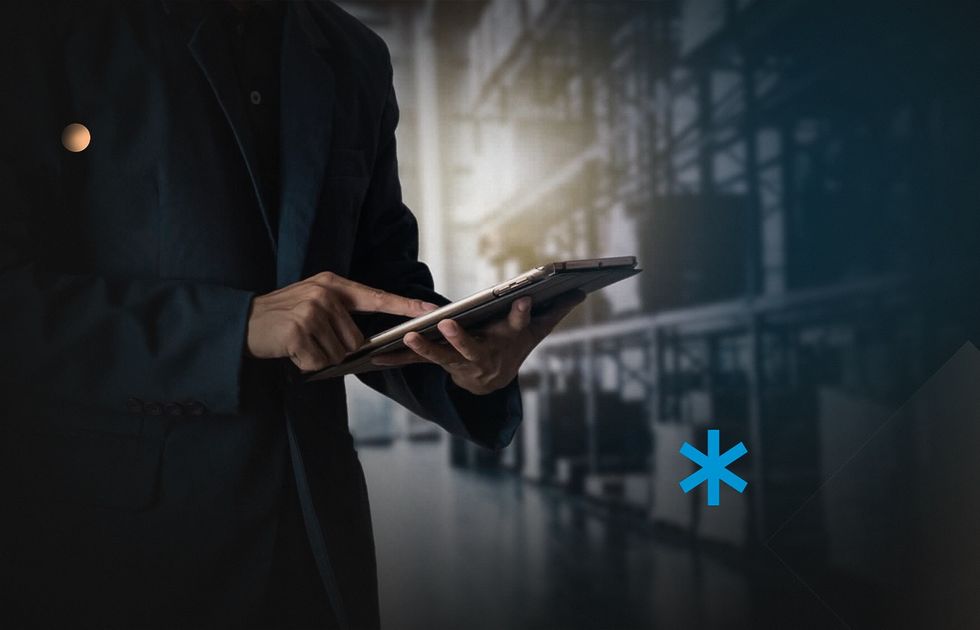 Supply Chain Management Software System: Its Features, Benefits, and How to Integrate a Suitable One 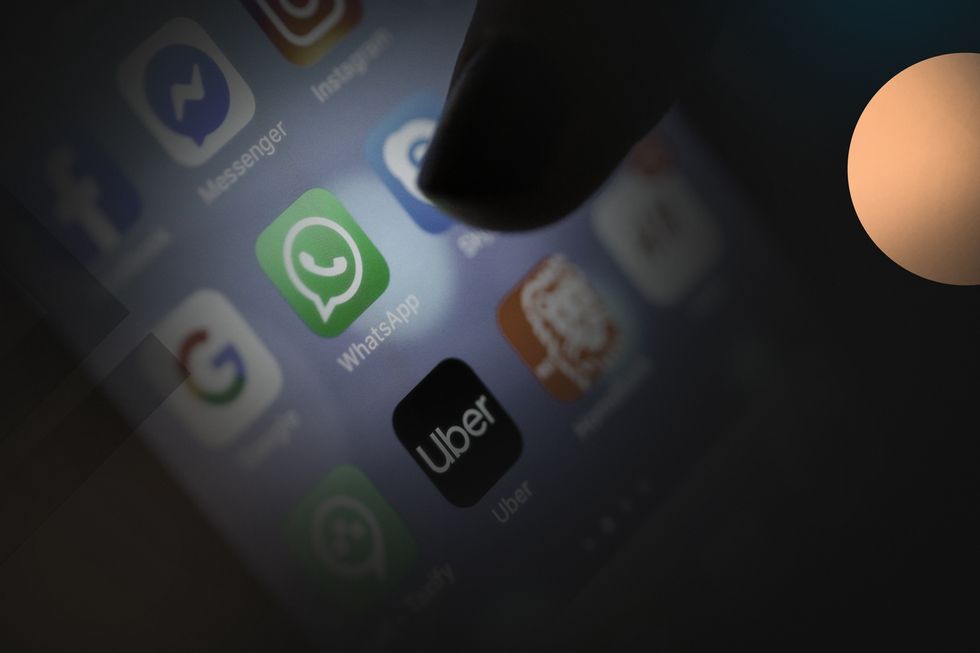 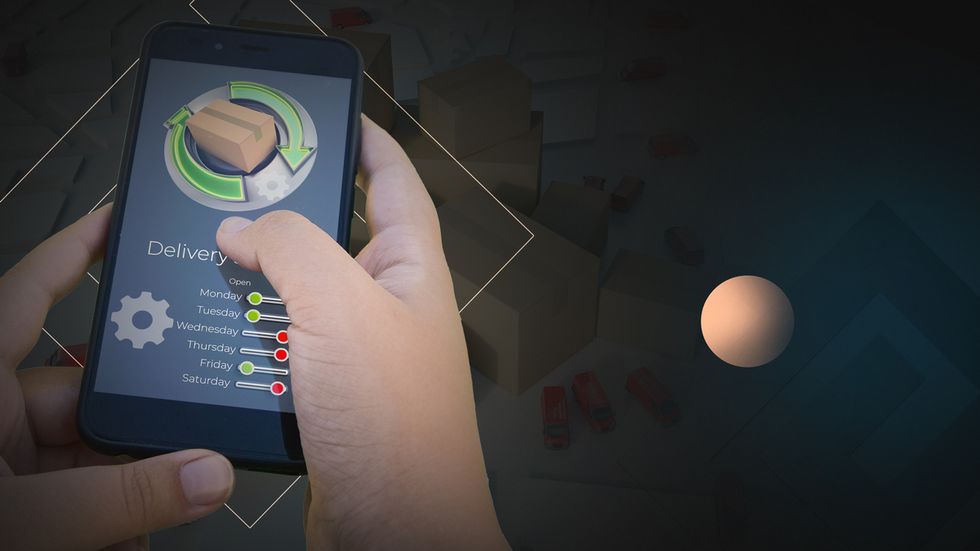 Why It Pays to Build Dispatch Management Software 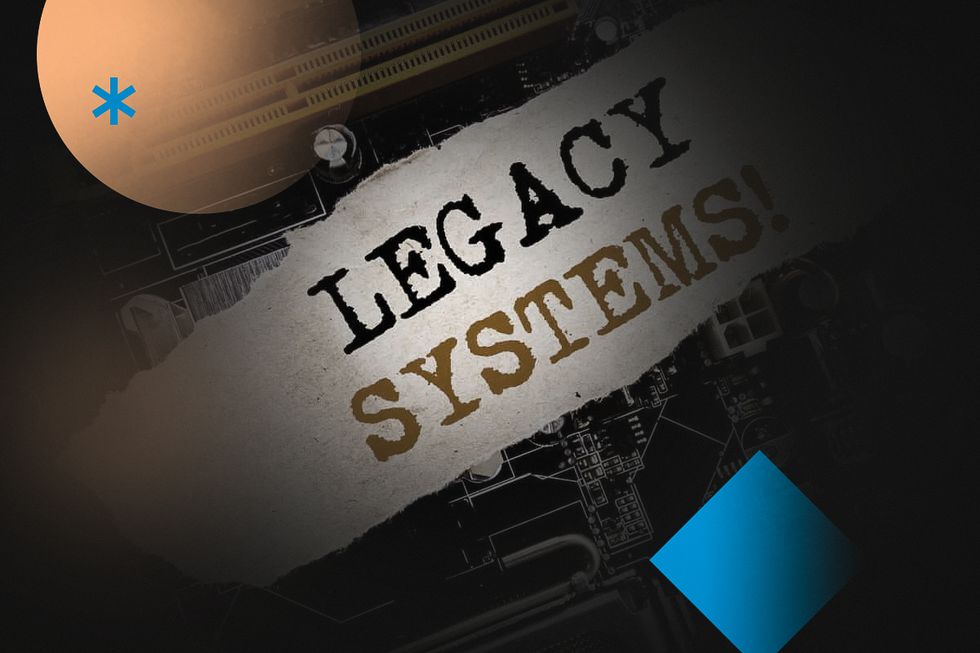 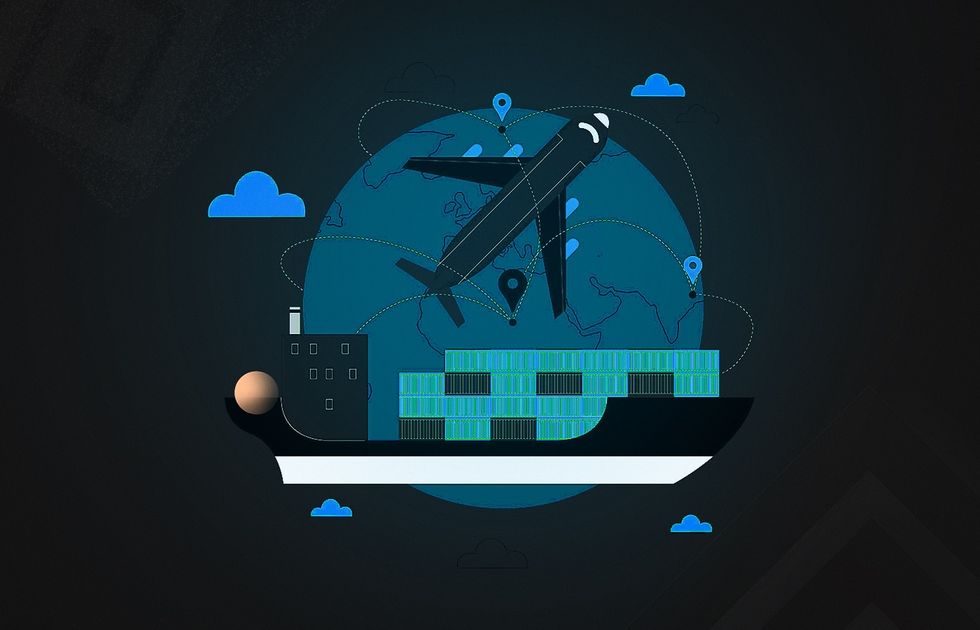 How to Automate the Shipping Process with a Shipping Management System

These cookies are essential for your use of different parts of our website and its features. Without them, services that you want to get can’t be provided.

These cookies allow us to measure your use of the website so that we can improve it later. They collect information in a way that does not directly identify anyone.